The Ethics of Population Control Mandates 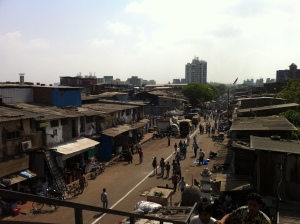 One of the issues that has come up several times during our India trip here in India has been related to population control. Up to this point, I have remained silent because I haven’t felt ready to respond. With issues like this, I find that sometimes I need time to allow my thoughts to crystallize. I also find that there are times when I can express what I feel much more clearly in writing than in speaking. So here is my response to those here in India with whom we have met who supported and seemed very comfortable with the notion of population control.

The Realities – Looking Just @ India
India, as the numbers show, has grown significantly from a population standpoint. That growth rate has slowed over the past decade, but India is still on track to become the largest country in the world within the next 20-25 years. It is also a fact that the size and growth of this population has created issues around sustaining that population and building a viable infrastructure to support that growth. This is the current reality, and I don’t intend to ignore or dismiss it.

Population Control & Inequality
I will get to some of my religious views and how they shape my thoughts on population control in a minute, but first I have a basic question: Is one life or one human more valuable than another? I would argue that the a government mandated population control argument actually undermines the moral notion of equality. With population control, we give more to the “haves” (those who are living) and take from or eliminate altogether the have nots (the unborn).

I find it ironic that the ones subscribing to a government population control agenda are the ones who are the benefactors of being born in the first place. The unborn have no voice, no advocate; as such, any debate or discussion surrounding the limiting of their ability to be given the opportunity to experience life should by default start from treating them and their future life as equal to the value of our own and to affording them the SAME opportunity we have been given: to be alive.

There is Enough and to Spare
From what I have observed in India, I do not believe India has population, so much as they have a significant usage and stewardship problem (in addition to some significant corruption issues, which we experienced first hand during a traffic stop).  As one of our presenters told us, India has one of the worst land utilization rates in the world and yet has one of the largest areas to generate food. This utilization rate issue is partially tied to farm size where many of the farmers have no more than 1.5 acres of land to “farm.” Such a farm size prohibits them from being able to effectively utilize, rotate and manage their crops in a way that would provide a huge abundance of food. Instead of denying the unborn a chance to experience life, I believe our efforts and our focus would be much better spent on solving the stewardship and usage issues.

What I Believe
We are Part of Greater Plan. As a Mormon, I do not believe that life started at birth nor does it end with death. We are spiritual beings having a mortal experience. This mortal experience is part of plan of a loving God, who desires that His children follow in his footsteps and become like Him. Without an opportunity to come to earth to gain a physical body and to experience earthly life, we cannot follow in that path. As such, I strongly oppose any government or mandated plan that actively denies my spiritual brother or sister the opportunity at life here on earth (however brief or long) because doing so would deny that spirit the chance to take that next step in their progression to follow in their Father’s footsteps.

Children are a gift. Psalms 127: 3 reads, “Children are an heritage of the Lord.” To me this means that helping to bring a child into the world is a unique and amazing partnership with God and is a noble and worthy endeavor. It should also be celebrated and encouraged. I will never forget holding each of my children for the first time and feeling that connection with Deity. Because of this relationship, determining the size of one’s family should remain a personal decision to be made in concert with one’s spouse and the dictates of one’s conscience. It is not for government to decide.

If a couple chooses to limit by natural or other man-made contraceptives  (excluding abortion) the number of children they will have or perhaps decide to have no children at all, that is fine. That is a decision they should make on their own. It is not my decision. By the same token, should my wife and I choose to have six children that is our call as well.

To the two items mentioned above, I would add a few words from Mother Theresa from a very powerful and direct speech she gave in Washington DC at a National Prayer Breakfast:

“The child is God’s gift to the family. Each child is created in the special image and likeness of God for greater things – to love and to be loved. This is the only way that our children are the only hope for the future…We are carved in the palm of His hand – that unborn child has been carved in the hand of God from conception, and is called by God to love and to be loved, not only now in this life, but forever.

One Layer I’m Still Struggling With
Obviously a layer in this discussion is what about those who have children and are not able to properly care for them. This is a dilemma that I have not been able to as of yet fully come to a conclusion on, but until I’m able to navigate for myself this aspect of the dilemma, I will err on the side allowing that child to be born and to be given a chance to experience life.
It may just be that child of a single mother living on welfare that will grow up to find the cure to AIDS or lead a crucial social movement or become a great spiritual leader. 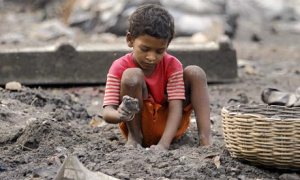 I understand that many will not see it as I do, but a fundamental part of this doctoral program and the idea of personal leadership is to “know thyself” and then be unafraid of articulating that viewpoint. So here is my line in the sand so to speak. I look forward to your responses.