Is Your New Organizational Initiative Being Undermined by Change Snakes

I had an interesting conversation a few weeks ago with a woman as we were both waiting for our delayed flight. After we got past the usual formalities of beginning a conversation with a stranger, we began to talk a bit more about her work and some of the changes that were taking place. Her company had recently gone through a CEO change and like many new CEO’s, her new “boss” had a new vision/direction for the company. 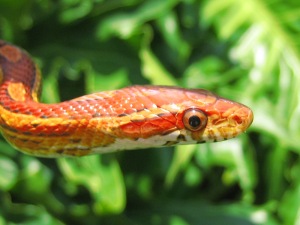 I could tell from the way she talked and her body language that she was not a fan of the changes but could put on the face of a “good soldier.” In summing up the situation, she basically said, “He’s [the new CEO] got to do his thing, but he’ll be gone in a few years and then some other executive will come along and want to do something else. In the meantime, I’ll just do my job, because they had no clue what was really going on.”

There are employees just like this woman in every company across the country. They are smart. They are competent. They are good if not great at what they do. AND they represent one of the biggest obstacles to organizational change. Change expert, John Kotter, refers to these individuals as “snakes” because of the powerful ability to undermine change in very unexpected but deadly ways. These snakes give the appearance of being on board when in reality they are doing everything they can to ignore, undermine or push back on the changes coming from above.

My guess is that this new CEO probably sees some things coming down the pipe that the company needs to prepare for, but it is also my guess that he has no idea how many snakes are undermining the new direction the company must take to be successful going forward.

Wise leaders are constantly on guard for change snakes and are proactively engaged in building the kinds of coalitions that either minimize the snakes impact or go a step further in turning snakes into change advocates.